A selection of bibliometric statistics for some prominent scientists

It is interesting to show some statistics from fCite for the most important scientists. Overall, this is the ultimate goal of all bibliometric analyses: to identify those who have contributed the most to science. One of the most recognized of such attempts is a list created by Clarivate Analytics called Highly Cited Researchers (HCR). Thus, let us select a group of scientists from (and outside) the list and see the results.


fCite (among many) displays: 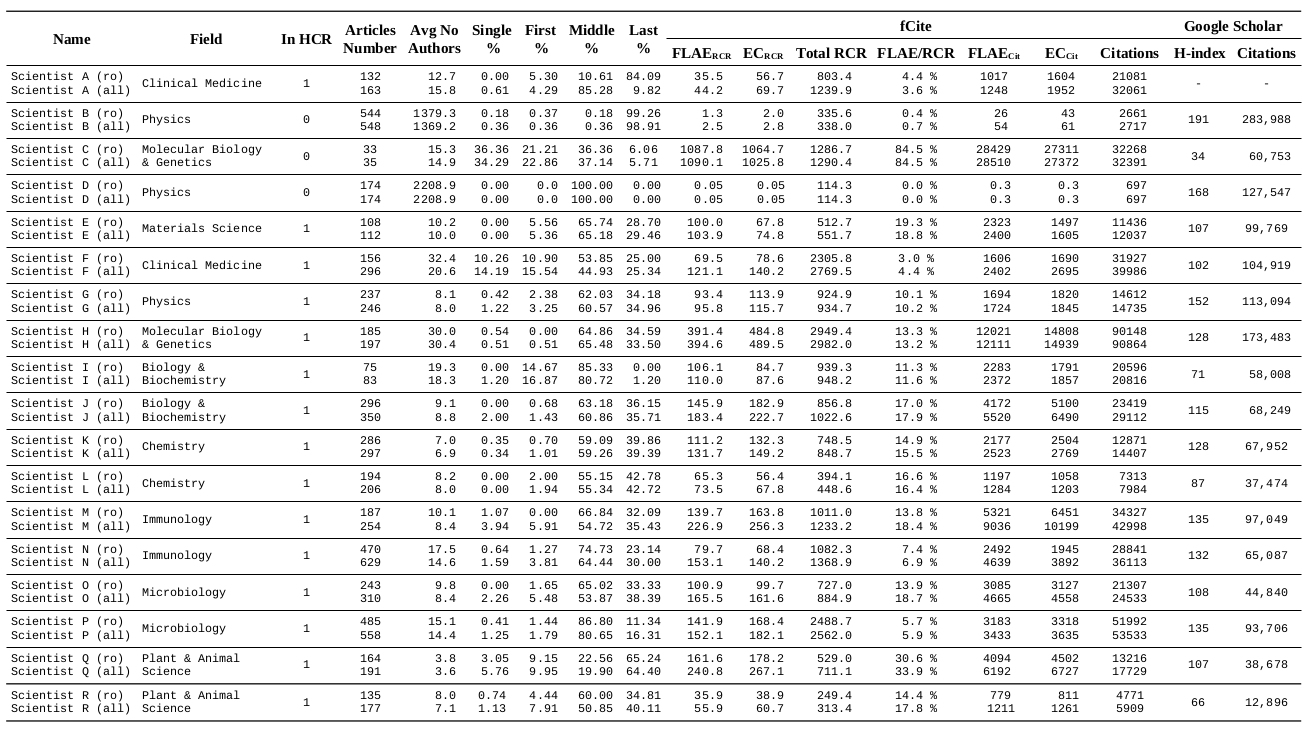 In HCR – the researchers included on the 2018 Highly Cited Researchers list
ro/all – 'research only' or 'all articles'
Conclusions:


Detailed statistics for the above scientists